Wheels of fury: Shocking moment an angry driver performs a U-turn and RAMS into a car carrying two children in a terrifying road rage attack 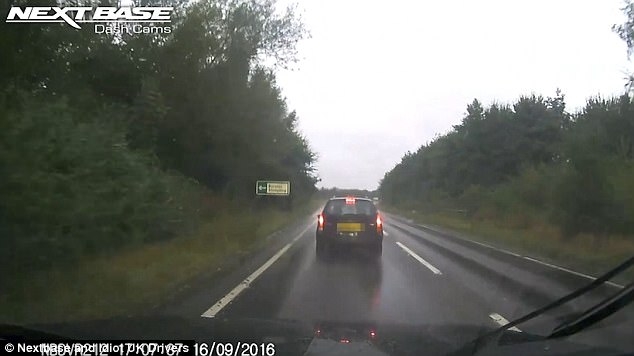 This is the shocking moment a driver tried to ram into another motorist while his two children were in his car.

Jonathan Steward has shared the scary footage from his dash cam after the incident in September last year, on the A140 between Diss and Norwich.

The footage shows Mr Steward was overtaken aggressively by a man in a black Ford, following 'confusion' at the roundabout where Mr Steward's claims the Ford driver tried to clip his car.

The Ford driver was behind Mr Steward when the two came off the roundabout and joined the A140 between Diss and Norwich. 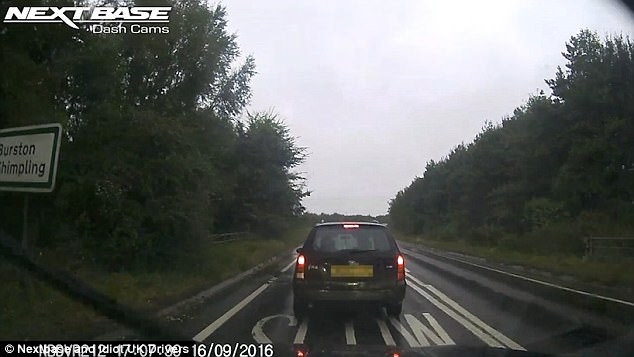 The Ford driver overtakes Mr Steward in an aggressive manner, cutting into the line of traffic. He then stops in the middle of the road for a minute with his hazards on. 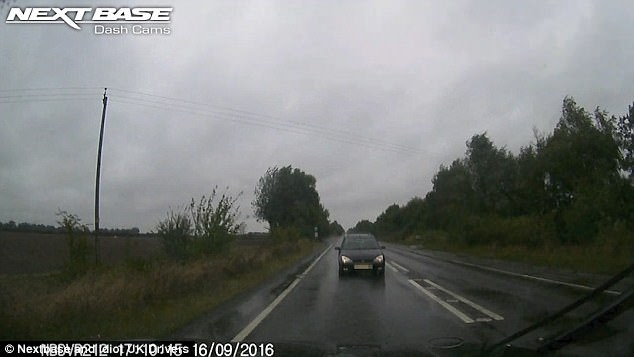 The driver then goes off and is out of sight until he can be seen turning around in the middle of the road, and driving back towards Mr Steward

The driver decides to stop in the middle of the road during rush hour, and stay still with his hazards on for about a minute, before moving off.

The driver goes out of sight of the Steward family, before they see him perform a U-turn in the middle of the road, and drive towards them.

Mr Steward slows his car to a stop as the Ford approaches them, and rams into his car once from the front before clipping it from the side and driving off.

At the time, Mr Steward was in the car with his nine-year-old daughter who was sitting in the front seat, where the Ford driver could clearly see, and his 13 year old son in the back seat.
URL:http://www.dailymail.co.uk/news/article-4319152/Shocking-moment-angry-driver-performs-U-turn-RAMS-car.html#v-3392854372161597916 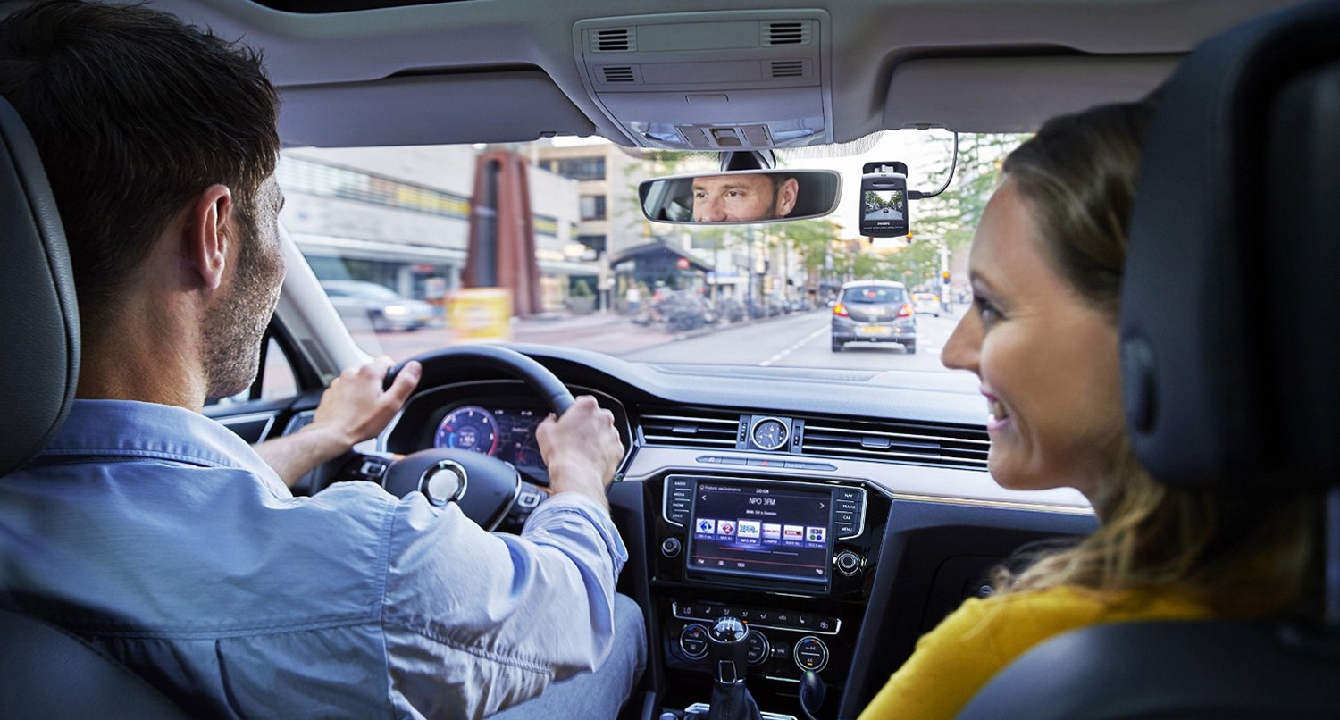